1. Any order accepted automatically entails the application of these general conditions, and the cancellation of any different clause emanating from the sender.

3. RECORD will under no circumstances be held responsible for errors made by the sender.

4. RECORD will put all means in its possession to satisfy the sender, in particular as regards the delivery times which are however only given as an indication for normal traffic conditions, without prejudice to fortuitous event or force majeure such such as strikes, lockouts, social conflicts, a state comparable to a state of civil or international war, customs problems, difficult weather conditions, technical incidents, etc.

5. RECORD reserves the right to work with subcontractors, independent carriers.

7. RECORD will not be responsible for damage caused to goods, folds or packages, not or insufficiently packaged. The same applies to goods, folds or packages, fragile and vulnerable, or those that do not support normal transport. In any event, if RECORD's liability were to be incurred, any damage caused or suffered is only covered up to an amount of € 125 per transport. However, the sender may request in writing to RECORD that additional insurance be contracted in his name. In this case, transport will only be carried out after acceptance by the insurer.

8. RECORD may deliver a shipment to the recipient or to any other person appearing to have the authority to accept delivery of the shipment on behalf of the recipient (such as a person in the same premises as the recipient). In the event that such a person is not available, the package can be left in the recipient's mailbox. RECORD can apply any alternative delivery method chosen by the recipient. Such alternative delivery methods include, in particular, redirecting a delivery of a package to an alternative address, authorizing the delivery person to leave the package at the recipient's premises, or rescheduling a delivery. If a shipment cannot be delivered (refusal, change of address, absence of recipient, error in drafting the transport voucher, etc. ) the sender undertakes to pay RECORD all transport costs, storage, tax, customs, or even the costs of destroying the parcels,… and the costs of returning the goods, the fold or the parcel, at the tariff applicable calculated on the basis of the current RECORD commercial tariffs. RECORD may use an electronic system to obtain proof of delivery, and the sender agrees not to object to RECORD using a printed copy of it as proof, simply because the information concerned has been obtained and stored in electronic form. RECORD will not be held, whatever the circumstances, to suspend the transport of a parcel or to redirect the delivery (whether to another recipient or to another address than that mentioned on the Shipping List) or to return a parcel to its sender. If RECORD should try in vain to suspend transport, redirect delivery or return the package, RECORD will not be responsible for any damage that may result.

9. RECORD's prices are exclusive of VAT. They do not include customs duties or other taxes, as well as any disbursements incurred during transport. The same applies to the fuel surcharge applied to the basic tariff according to the prices of petroleum products. RECORD gives itself the right to index its prices at any time, based on the evolution of the price index fixed by the UPTR (Professional Union of Transport and Logistics). RECORD reserves the right to modify transport pricing conditions in case of new item.

10. No item listed below will be the subject of a transport contract requested from RECORD, namely:

- Packages whose value exceeds € 500.00, unless they are covered by all-risk insurance;

- Goods which are not sufficiently packed;

- Precious metals and stones, watches, jewelry or pearls, works of art, collectibles and antiques exceeding a value of € 750;

- All goods which do not in themselves represent great value but whose damage or loss could lead to significant damage (non-limiting example: sensitive data);

- Securities and documents of value;

- Goods whose distribution would violate the laws in force;

- Goods for which sending is prohibited under applicable laws or international conventions; It is up to the sender to check the conformity of the sent goods with the goods excluded from RECORD's services. Notwithstanding these exclusions, if the the consignor entrusts a prohibited item under these exclusions to RECORD, the latter is exempt from all liability which may arise, of whatever nature, as well as from any damage suffered by third parties. and costs caused by non-compliance with the excluded goods, without any limitation.

11. No complaint is admissible if, on receipt of the goods, packages or folds, the recipient has not made a written reservation to the RECORD agent or its subcontractor and if he has not made make a contradictory finding within 24 hours. Any possible dispute will be time-barred after a period of one year from the day on which delivery was scheduled when the order was placed. If the sender is not satisfied with the handling of their complaint by RECORD, they can contact the Service de mediation for the postal sector established by the law of March 21, 1991; located at Rue Royale 97 Bte 14 in 1000 Brussels (ww.smspo.be-Fax: 02 / 221.02.44). The payment of invoices is not suspended by a complaint.

12. Any cash on delivery will be increased by an additional € 5.00 on the base price of the race, indexable at any time without prior notice. RECORD is not responsible for cash on delivery (received or not by the driver) not claimed by the sender, one month after the date of transport. After this period of one month, RECORD cannot in any case be claimed for payment of any cash on delivery.

13. RECORD does not have as its object the transport of dangerous materials, therefore, if the sender entrusted RECORD with such goods without informing it, he would be held responsible for all direct or indirect harmful consequences resulting from such transport.

14. Invoices are payable to RECORD in cash and without discount; any invoice not paid within 30 days will be increased by a fixed compensation of 15% with a minimum of 125 € and will automatically and without prior notice bear monthly interest of 1% for any month started being counted in full. In addition, any invoice less than € 25.00 excluding VAT will be increased by € 6.30 for administrative costs.

16. The possible cancellation of one of these clauses does not affect the validity of the other clauses.

17. Any litigation or contestation is the exclusive competence of the jurisdictions of the district of BRUXELLES, or the Justice of the Peace of UCCLE. 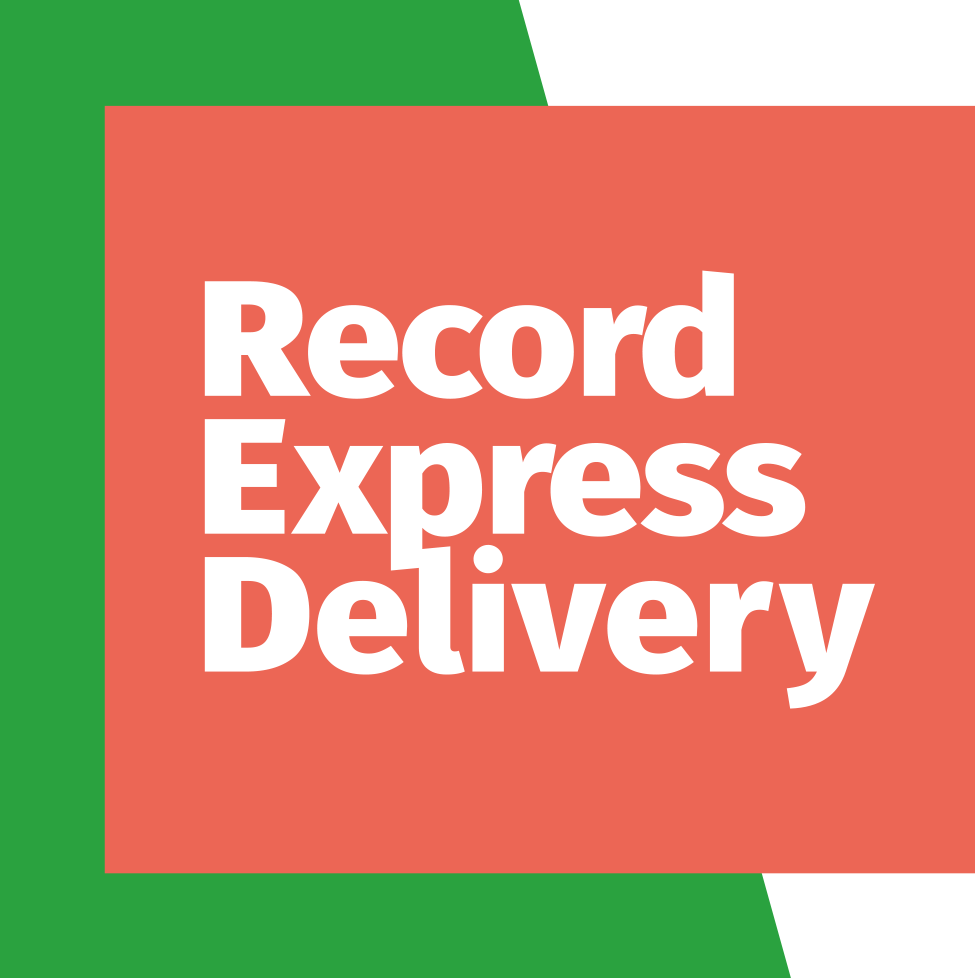 
Since 1993, Record Express Delivery has constantly grown thanks to our determination to take up each and every challenge. Creativity, audacity, flexibility and rigour. A 100% Belgian success story.